After years of effort, a major reworking of Illinois family law passes the General Assembly.

A major overhaul of the Illinois Marriage and Dissolution of Marriage Act ("IMDMA"), years in the making, was finally passed by the Illinois General Assembly in May and sent to the governor. If signed into law, SB 57 will eliminate grounds for divorce, shift the focus away from custody and toward allocation of parental responsibilities, and make other important changes in Illinois divorce law. For background about the ongoing effort to pass the law, see, e.g., Janan Hanna's LawPulse item in the April 2014 Journal.

It would amend not only the IMDMA but also the Intergovernmental Missing Child Recovery Act of 1984, the Code of Criminal Procedure, the Uniform Child Custody Jurisdiction and Enforcement Act ("UCCJEA"), the Illinois Domestic Violence Act, the Probate Act, and other statutes. The governor had not acted on the law at presstime. 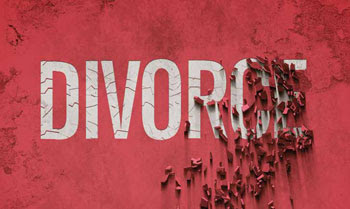 One of SB 57's most significant changes to the IMDMA is the elimination of all grounds for divorce besides irreconcilable differences, according to Chicago family law attorney André Katz, a principal of Katz & Stefani and a member of the Illinois Family Law Study Committee appointed by lawmakers. The bill also redefines the term as the "irretrievable breakdown" of a marriage. SB 57, § 401. When the parties to a divorce action live separate and apart for six months, there is an irrebuttable presumption that the breakdown is irretrievable. Id.

Katz says the changes to the IMDMA replace the two-year waiting period now required when the parties do not agree to a divorce with a six-month wait. And parties who agree to split can immediately proceed with a divorce rather than waiting six months. The main purpose of the change is to "get rid of legal fictions" allowing "the parties and the court to focus on what's most important."

The new law's changes to child custody proceedings represent a groundbreaking move away from the winner-take-all model of child custody, Katz says. The IMDMA now focuses on the allocation of parental responsibility rather than custody.

Those responsibilities are broken out into categories reflecting different needs a child may have. For example, decisions about education, health, religion, and extra curricular activities can be divided between both parents or solely assigned to one parent. SB 57, § 602.5(b). Where one parent is, say, a teacher and the other a doctor, a court might allocate the decision-making responsibility for education to the teacher and for health to the doctor. Ultimately, the statute still requires that allocations be made with the best interest of the child in mind.

SB 57 also makes significant changes to decisions about parental relocation. As the law currently stands, says Katz, a parent with residential custody is free to move anywhere within the state. This can result in a need to modify custody and visitation schedules, especially if the parent moves hundreds of miles downstate from Chicago or vice versa.

A parent with residential custody can move up to 25 miles away even if the new residence is across the state line. Illinois courts retain jurisdiction over the custody case in this situation. The UCCJEA was also amended to reflect this change.

Orders of dissolution within 60 days

Another major change to the IMDMA is the timeframe for the entry of an order of dissolution. Under the current law, cases can remain open long after the proofs are closed. The amendments require that the judge enter an order of dissolution within 60 days of the closing of proofs. The court may extend this period by 30 days.

The process for allocating marital property and awarding maintenance would also change. Under the amendments, courts must provide reasons for the allocations they make. Katz sees two major benefits to this change. First, people are more likely to comply with a court's order when they understand why the allocations were made. Second, it allows the appellate court to know the trial court's rationale and better evaluate the record on appeal.

SB 57 also allows for setting fixed periods where maintenance cannot be changed via a court order. This is only allowed for marriages that have lasted for 10 years or less. Under current law, all maintenance orders are subject to review and alteration if a party files a motion. The amendments give courts the ability to look at the entirety of the case and determine whether maintenance should be fixed or reviewable.

'No' to heart balm

The bill also eliminates "heart balm" actions such as alienation of affection, breach of promise to marry, and "criminal conversation" (read "adultery"). The General Assembly's findings note that heart balm actions are inconsistent with the goals of the IMDMA. SB 57, § 1-1. The findings also state that society has moved on; heart balm actions are the product of antiquated notions of men's and women's roles and relationships. Id.

Katz says that most heart balm actions are used to harass people, causing more acrimony in the divorce process. He also points out that, at least with regard to a claim for breach of promise to marry, couples need to be smarter about planning weddings. Katz suggests that couples have contracts with each other, similar to a prenuptial agreement.